On a not so chilly winter day, 22nd January 2018, in the suburbs of Mumbai a group of passionate gentlemen were meeting as a group for the first time. The slight awkwardness during the round of introductions was pointing to the fact that the handshakes were exchanged between strangers.

First day of the year 2018 was not just beginning of a new year but also the beginning of a new chapter in the Indian Real Estate saga. On this day the Home inspectors Association of India formally came into existence. Members were from the length and breadth of the country- Delhi, Bangalore, Mumbai, Pune and Kolkata to name a few.

By end of the day the group had already achieved a lot in terms of deciding on the further course of action. Decisions were made on the objectives & processes and responsibilities were assigned.

The association members also visited the MahaRERA office and met MahaRERA chairman Mr. Gautam Chatterjee to discuss the way forward. It was encouraging to see the Chairman believe Home Inspections to have a great role to play in the future of Real Estate in India. He shared his opinion on the need of such a service in real estate to bring more transparency and facilitate conflict resolutions, as he had mentioned in the CII forum on Sustainable Real Estate in Kolkata.

The Home Inspectors Association of India members requested Mr. Gautam Chatterjee to be an honorable member of the association and provided him with the membership certificate which he gracefully accepted.

With this new beginning the Association now has the tough task of setting up processes, laying down guidelines and providing value to all stakeholders in the real estate sector. 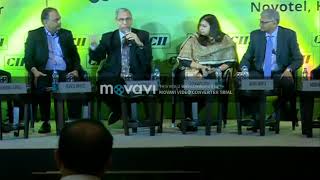